As you linger towards the clouds atop Montjüic hill in Barcelona, you travel back in time to a 17th-century castle towering 173 meters above the Mediterranian Sea. You enter the castle grounds through a bridge that once extended above a moat that is now a parterre garden –a garden consisting of plant beds in symmetrical patterns in an ornamental arrangement. Castell de Montjüic, an old military fortress, provides breathtaking panoramic views of Barcelona and its port.

The foundation of the fortress was laid out in 1640 and only a year later saw its first battle during the Catalan revolt when the Principality of Catalonia challenged Spain’s authority. In 1694, the fort was demolished and redesigned by architect Juan Martín Cermeño who reconstructed the fortress into the currently standing castle and equipped it with 120 cannons.

Since then, the cannons of Montjüic were used to gun down the city of Barcelona and its citizens. The castle had been used as a prison and torture centre for political prisoners for three centuries. From 1936-1939, during the Spanish Civil War, both sides of conflict used the fortress to imprison, torture and shot political prisoners. Among these prisoners was the former president of the Generalitat of Catalonia, Lluis Companys, who was executed by a firing squad in 1940 upon orders of the Franco regime. In the 20th century, dictator Francisco Franco converted Montjüic Castle into a military museum to serve as a reminder of the Catalan defeat to Spain.

In 2007, the castle came under the ownership of the Barcelona City Council and now belongs to the citizens of Barcelona. Castell de Montjüic is now a beautiful and peaceful place with 360° views of the city, but will always serve as a historical symbol of the repression of the Catalan people and of the city’s struggles during various periods in history. 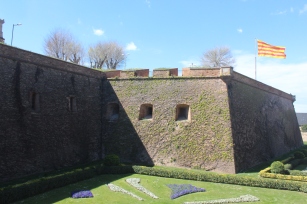 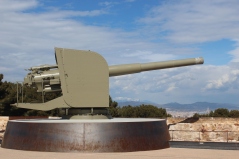 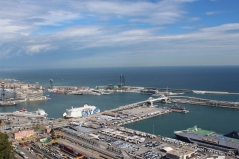